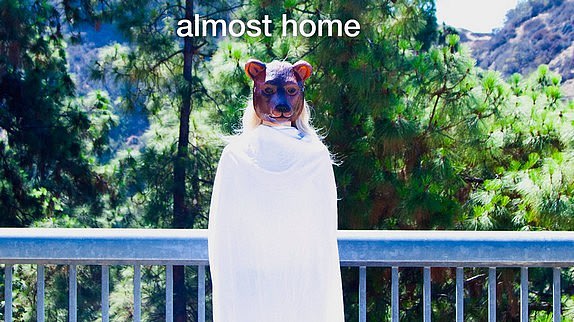 Of all the artists who could have produced a single that would redefine and exceed my expectations, Moby is not one I could have predicted. Having long associated his music with ambient electronica of the 90s, the Bourne Trilogy, and Danny Boyle's film adaptation of Alex Garland's The Beach, I was sure that Moby was an artist who would never cease to fail to amaze me. It's not that I consider his music bad per se, more that it simply wasn't my cup tea. As far as I was concerned I was perfectly content to condense his life's work to a Best Of, and leave it at that.

But Almost Home has surprised me. Sounding uncannily like a new Bon Iver release, the track is awash with folk-informed falsettos courtesy of Damian Jurado, definitive Moby drum beats and strings, and some bare-boned guitar. It's almost uncomfortably Vernon-esque both in the singing style and melodies and one can't help but feel at times that the track is not so much an an original release as it is an edit of a song off For Emma, Forever Ago. Nevertheless, as a standalone song its an enjoyable listen - even if the strings do feel a little much - and if there's a chance his other collaborations are this good, may even be enough to give me cause to have a listen to his latest LP Innocents released in October of last year.